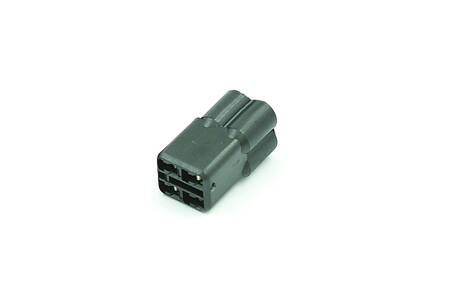 The Rottweiler Performance 'Fueling Dongles' are an effective and simple method to improving the fueling mixture of any fuel injected KTM by allowing the stock ECU to deliver a proper mixture at low to mid RPMs. By replacing the stock narrow band O2 plugs with these simple to install dongles, the Rottweiler Fueling Dongles feed the stock ECU a pre set signal that substantially smooths out the lower end power delivery reducing the jerky transition between the extremely lean low RPM mapping and the open loop upper end mapping. Overall average air fuel ratios also tend to richen up by about .5 to 1 point as well allowing the user an inexpensive option to 'bump up' the richness of their fuel delivery if the cost of a Powercommander is not currently an option for them.

How do they work? It's actually quite simple. The stock ECU is set to lean out the fuel delivery to a very lean 14.7 air fuel ratio (AFR) under 5500 RPM and 20% throttle. Once the engine has reached a sufficient warm up the ECU 'listens' to the stock narrow band O2 sensors and looks for a particular signal to keep the bike in that lean condition. This causes heat issues from extremely hot header pipes, makes the motorcycle jerky at low RPMs and reduces power. The Rottweiler Fueling Dongles send a return signal to the stock ECU that keeps the low end fueling at a much better running 13.8 +/-. A mixture that translates into an overall better running motorcycle.

Note: When running our Rottweiler Fueling Dongles, you have the option to remove your stock O2 sensor from the exhaust header. You can plug it with our 12mm O2-plugs sold separately.